The Badminton Association of Malaysia (BAM) is targetting more youths to come to the Axiata Arena next month following the meet and greet session with former national player Hafiz Hashim and the country's young women's singles, S. Kisona with around 300 University of MARA Technology (UiTM) Dengkil students this afternoon.

The Celcom Axiata Malaysia Open will be held at the Axiata Arena from 31 March to 5 April 2020.

"Through such a program, it will help to spread the students' interest in the sport of badminton when they come and support the national players at the Celcom Axiata Malaysia Open," added Hafiz, whose breakthrough came in 2003 when he won the All England after beating China’s Cheng Hong in straight sets.

Kisona made her mark after winning the gold medal in the women's singles event at the 30th SEA Games in Manila, Philippines late last year when she beat Indonesia’s Ruselli Hartawan 21-15, 23-21.

"This is the first time I have ever witnessed the reaction from excited students. And I hope that they will all come to provide support to the players at the Celcom Axiata Malaysia Open 2020," said Kisona.

A total of 180 tickets were given out by Hafiz and Kisona to lucky students where they had to answer quizzes and take part in the games. 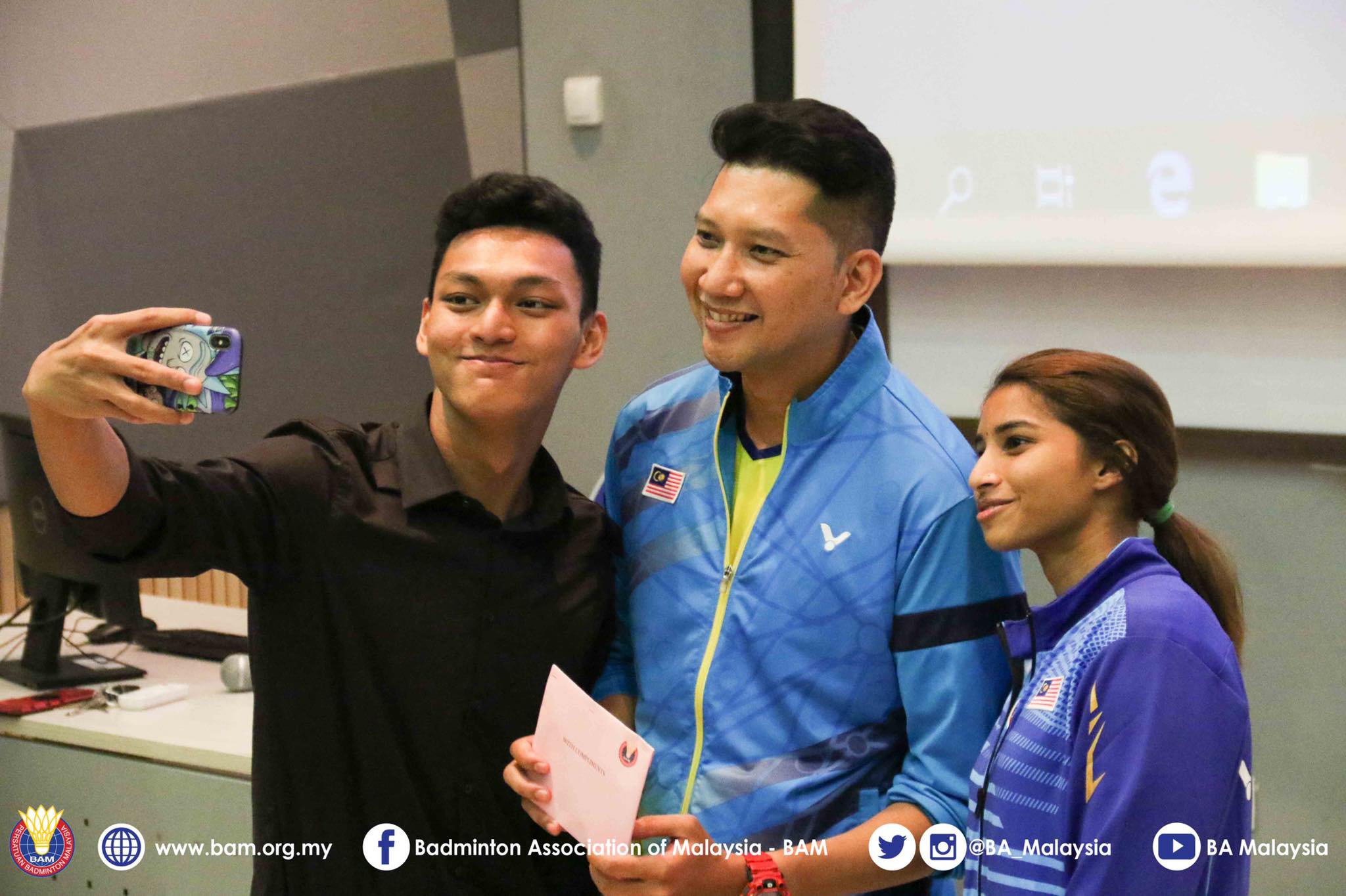 In the meantime, Hafiz said the local players should take the opportunity of playing in the Celcom Axiata Malaysia Open as the chance to win as many points as they can to secure slots for the Tokyo Olympics scheduled for July.

“I hope that the young players will take this opportunity to make full use of this chance to earn points to qualify for the Olympics 2020 where they will have until April to do so,” said Hafiz.

"So I hope they do their best to raise the level of the game for the Olympics.”

The Celcom Axiata Malaysia Open 2020 is a Super 750 championship in the World Badminton Federation (BWF) calendar which offers an overall cash prize of US 750,000.

Malaysia badminton legend, Datuk Wira Lee Chong Wei is the player with the most number of titles having won the men's singles title for a record twelve times.

Tickets are already on sale online through the websitehttps://myticket.asia/ or at the ticket counters at the Axiata Arena on game day starting from 31 March 2020.