The Badminton Association of Malaysia (BAM) have named a 20-man squad for the upcoming SEA Games in Philippines. 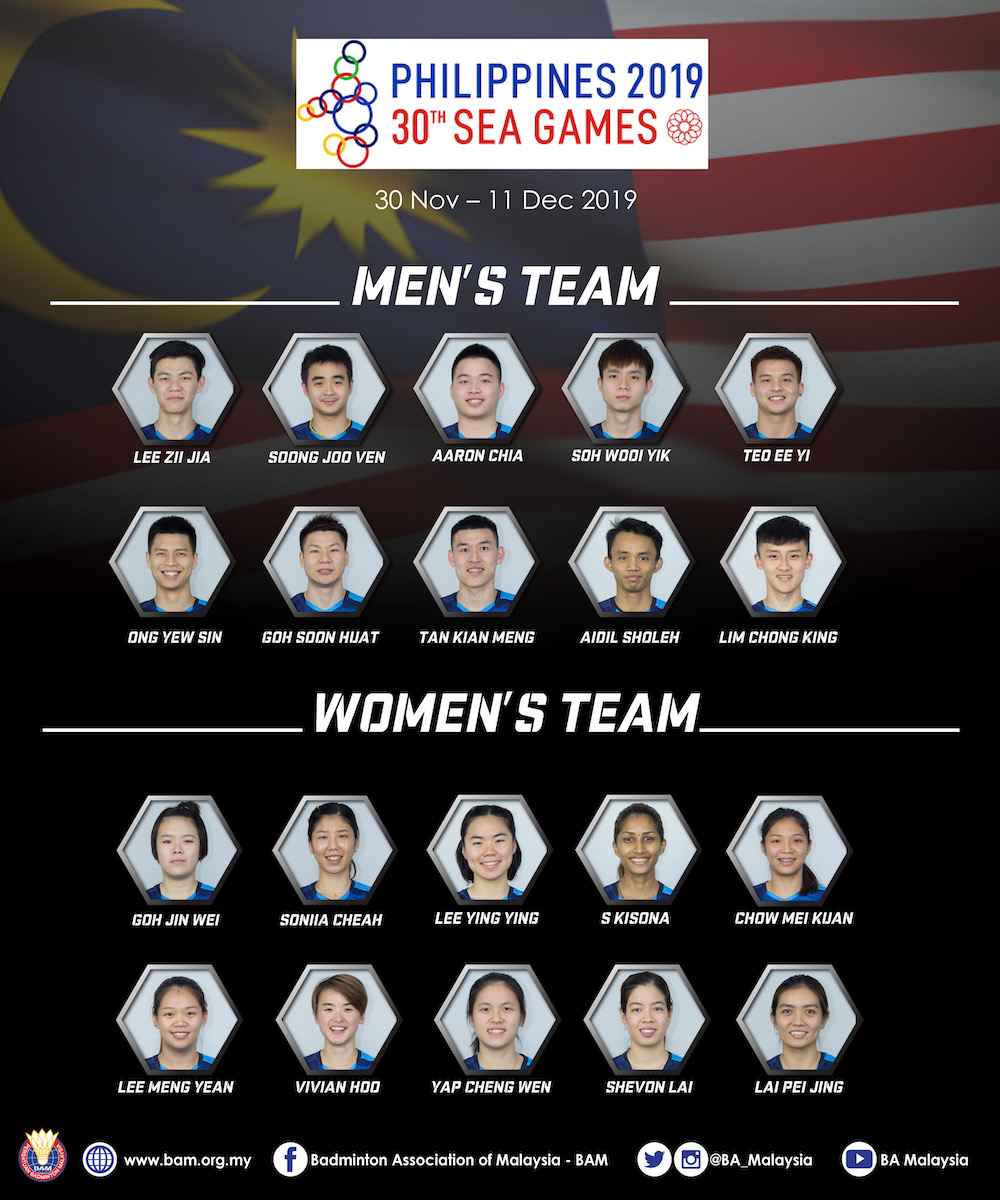 BAM Director of Coaching, Wong Choong Hann said: “We are looking at the experienced players to lead the way for the young and upcoming players to fight for the honour of Malaysia in the SEA Games.

“This tournament will serve as a platform for the players to live up to our expectations and bring glory for the country. We want to expose these players at a younger level so they will be prepared at a sooner stage to carry the Malaysian flag and stand at the forefront of the battlefield.

“They (Chong King and Aidil) have earned their spots by showing promise in the last few tournaments that they have participated in. We want to fast-track their development by gaining valuable experience at a bigger stage.

“The target set for this team is two gold medals, it definitely is no easy task. But, we wanted to go for an objective that is reasonably challenging for both the players and the coaching team.”