The Malaysian camp delivered some fantastic news from Bangkok this afternoon when national women’s doubles pair, Chow Mei Kuan-Lee Meng Yean defied the odds to make the semifinals of the World Tour Finals.

Underrated as the underdogs, Mei Kuan and Meng Yean rejected the formbook and the expectation that the women's doubles will not be able to make much of an impact when they made the cut to the final four.

Up against the top seed from Indonesia Greysia Polii-Apriyani Rahayu in a Group A battle, the fighting spirit showed by Mei Kuan-Meng Yean were certainly worthy of praise as they pulled off a stunning 21-13, 21-17 win.

"Today, we defended well and our counter attack was very good and that put pressure on them. It was a very important win for us," said Mei Kuan.

Added Meng Yean: "Of course we are very happy to make the semifinals but we also have to keep reminding ourselves that we cannot easily give away points to opponents. We need to always prepare mentally and physically."

The victory saw Mei Kuan-Meng Yean securing their slot to the semifinals after finishing second in Group A of the women's doubles behind Lee So Hee-Shin Seung Chan.

However, there was good news from the mixed doubles when Goh Soon Huat-Shevon Lai Jemie confirmed their slot to the semifinals.

Up against Hafiz Faizal-Gloria Emanuelle Widjaja from Indonesia, Soon Huat and Shevon slipped in the first set to lose 17-21 but they regrouped soon after to take the next two sets 21-13, 21-13.

After three matches in Group B, Soon Huat-Shevon finished in second place with the same two points with group leader Thom Gicquel-Delphine Delrue from France.

Meanwhile in the men's doubles, Aaron Chia-Soh Wooi Yik completed their campaign in Group B in fourth place after losing to the third seeded pair from Indonesia Mohd Ahsan-Hendra Setiawan 21-18, 17-21, 11-21.

Another men's doubles, Ong Yew Sin-Teo Ee Yii also failed to win their final game in Group A after losing to England’s Ben Lane-Sean Vendy 15-21, 13-21 to end up third in the final group classification.

Meanwhile, there was no reprieve for Malaysia’s sole representative in the men's singles Lee Zii Jia when he lost to Anthony Sinisuka Ginting from Indonesia in a three-set battle, 21-12 15-21 21-13. 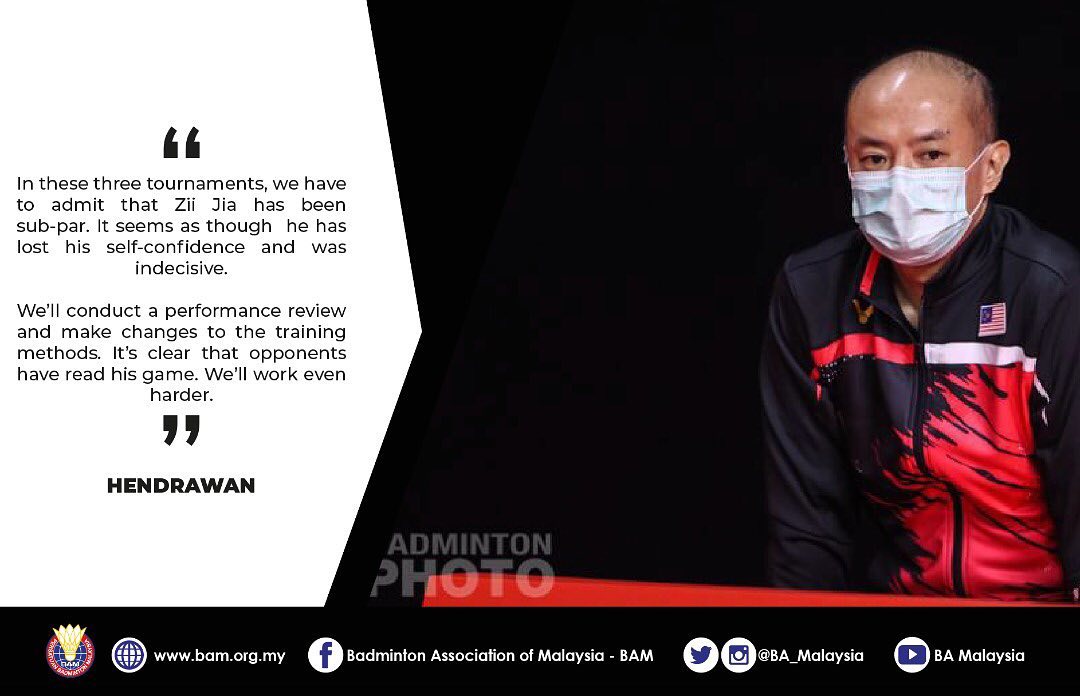