Selangor’s Eng Ler Qi retained the girls’ under-16 (U-16) singles title in Round Two of the 100PLUS 2022 Junior Elite Tour (JET) badminton championship at the Perak Badminton Academy in Meru today.

Ler Qi, the Group A champion in round one in May, lived up to expectations by beating Melaka’s Shaneesa Shahidi 21-12, 21-16 in 45 minutes.

"I was more composed and controlled my attacks throughout the match. I’m definitely happy to win the title a second time but need more training, especially on net play,” Ler Qi said.

“I was quite hasty and made many mistakes in the first game but was helped by several lucky shots. In the second game, my opponent slowed down and I took advantage of the situation,” he said. 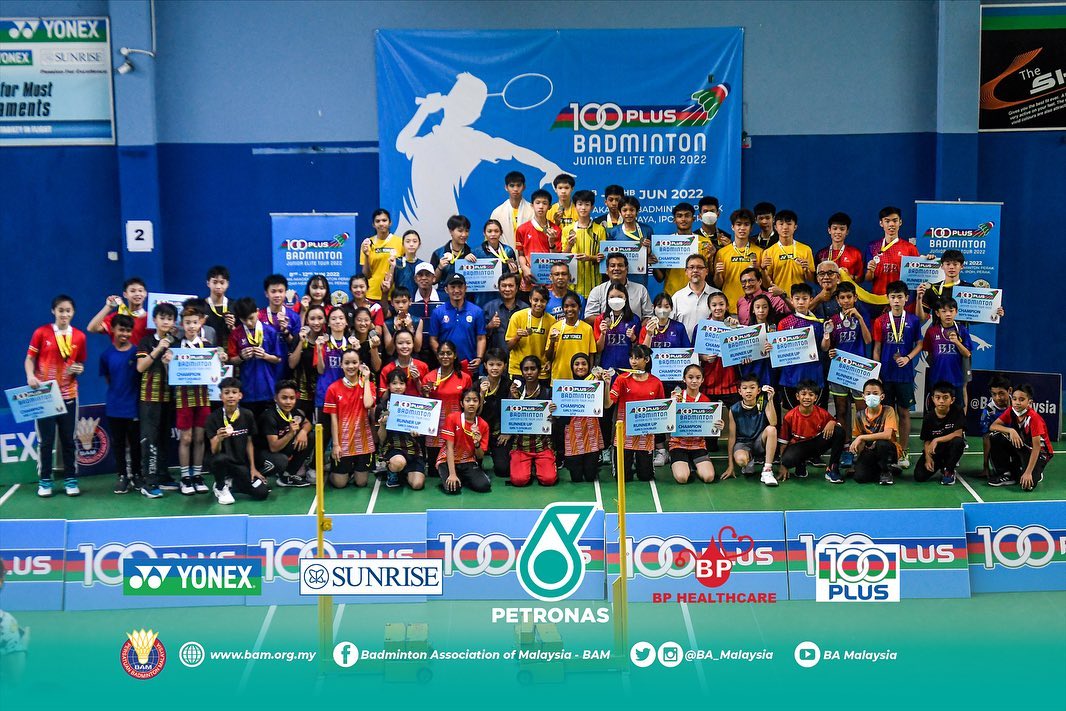 “We played our normal game and did not feel any pressure despite playing on home ground against our teammates, as we just teamed up one week before the tournament,” said Al-Imran.

In the U-14 category, Teh Xin Ying of Kuala Lumpur lifted both the girls’ singles and doubles titles.