The youngest of three siblings, Bryan Jeremy only took up the sport as a hobby playing with his older brother, Brandon when he was eight.

Caught by the badminton bug, he then started training with Ampang Jaya BC before catching the eye of Kuala Lumpur BA a year later after impressing during tryout sessions.

Enjoying a breakout boys’ doubles season that include - clinching the title alongside Eogene Ewe Eon and a runner-up finish with Low Han Chen at the Daihatsu Astec Regional U-15 Championships in Yogyakarta and Jakarta, Bryan has been earmarked for a bright future. 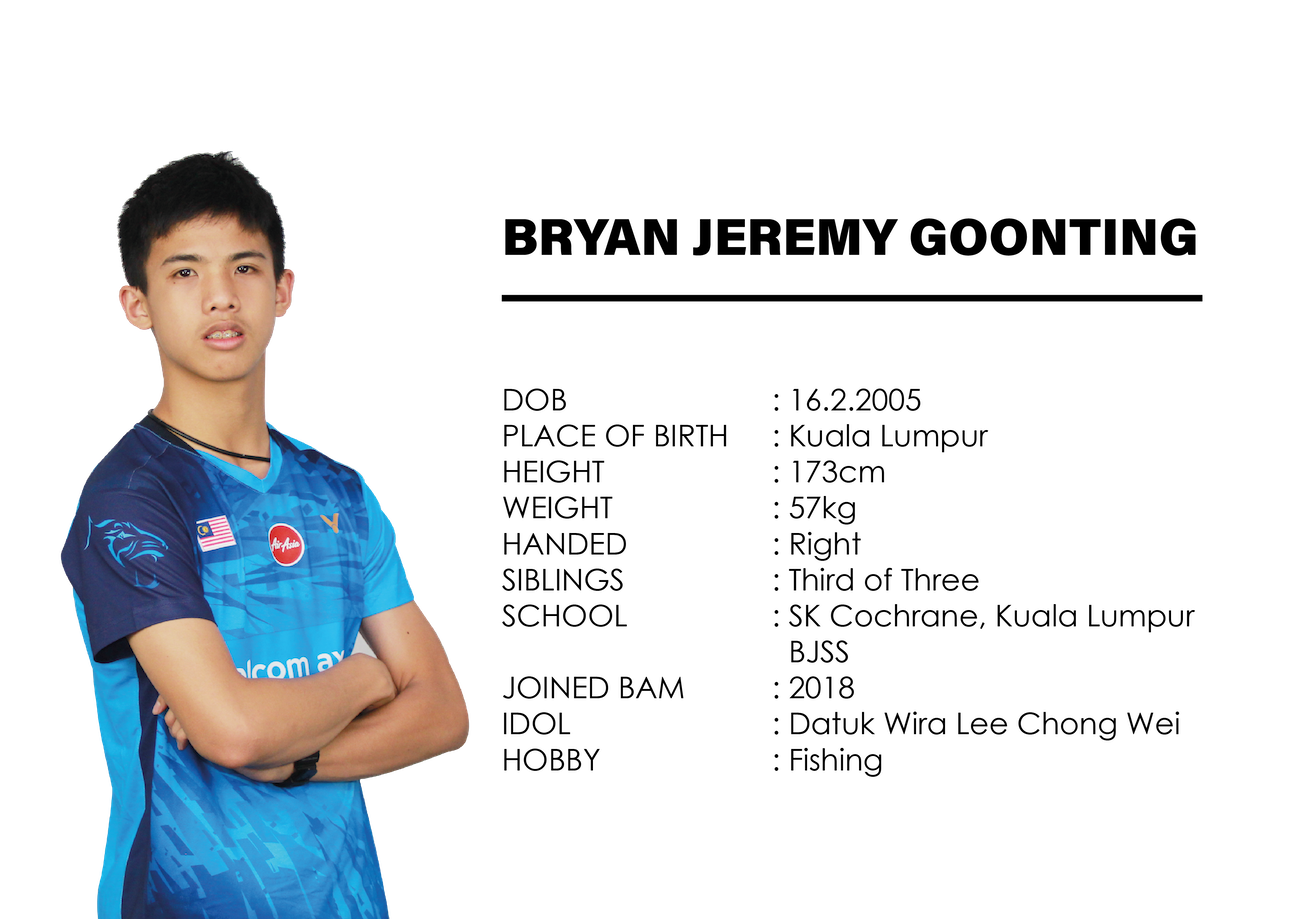 WHAT THE COACH SAID

Hafiz Hashim: "Bryan has the size advantage compared to the other players his age. Coupled with a good badminton skillset, he has the potential to be trained into a good player. Two aspects that needed improvement – his winning mentality and physical endurance."