Fans who can’t get enough of world-class badminton live in our country should be prepared to secure their seats at the PERODUA Malaysia Masters (PMM) 2022 presented by Daihatsu when tickets go on sale from 16 June 2022!

The PMM2022, which will take place at the Axiata Arena Bukit Jalil will kick off on 5 July and will be played over 6 days with finals on 10 July 2022 (Sunday). The entry list for this HSBC BWF World Tour Super 500 event is impressive. Fans can watch the action unfold at the Axiata Arena Kuala Lumpur with world’s highest-ranked badminton players battling for supremacy at the event. The total prize money on offer for the Malaysia Masters is USD360,000.

“Considering the overwhelming ticket demand for Malaysia Open, we expect another huge surge from fans to purchase tickets. I believe the momentum generated from the Malaysia Open will continue at the Masters.” said BAM General Secretary Dato’ Kenny Goh Chee Keong today. 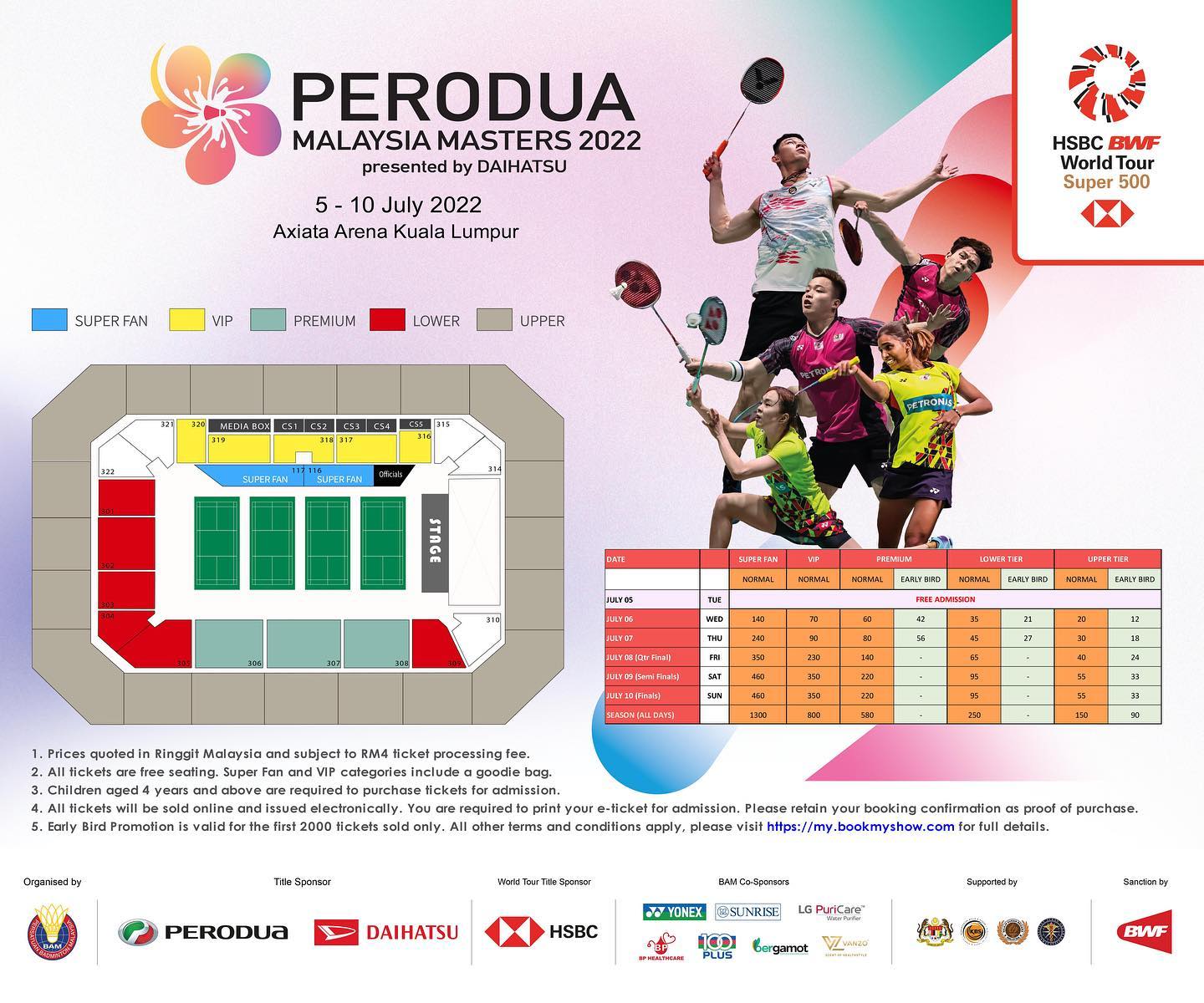 In the last Malaysia Masters held in 2020, Japan’s Kento Momota was crowned the men’s singles champion while Chen Yufei of China won the women’s singles title.

Tickets for the PMM 2022 are priced between RM20 to RM460. Early bird promotion is available for the first 2,000 ticket sold. Tickets can be purchased online via https://my.bookmyshow.com starting from 16 June, from 2pm onwards.