The Badminton Association of Malaysia (BAM) have released a 19-man squad list for the upcoming 2019 BWF World Junior Championships in Kazan, Russia. 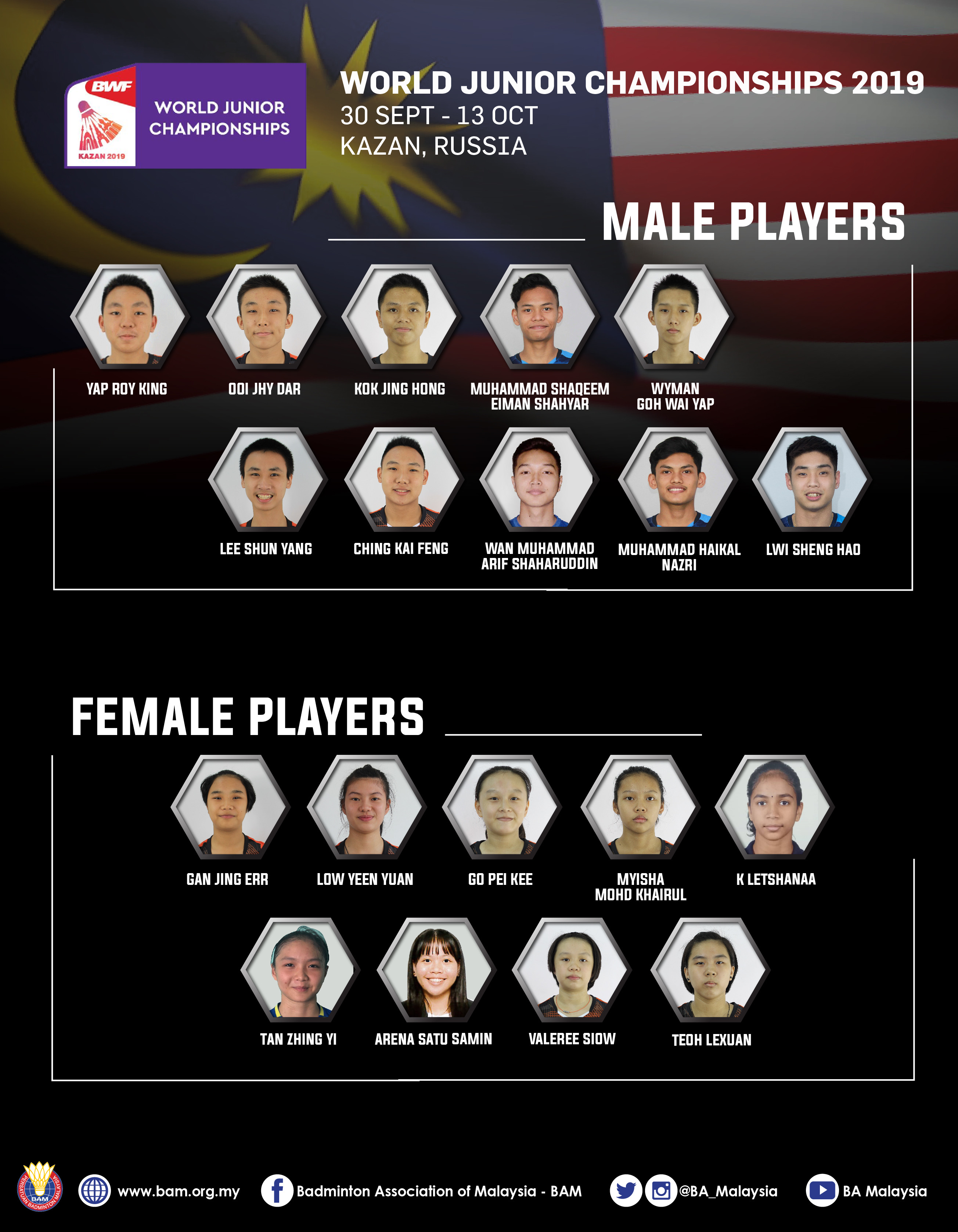 National youth coach, Kwan Yoke Meng said: “This year, the choices were clear cut during the selection trials with those performing well getting the nods. I feel that this is the best selection out of the young talents at our disposal.

It is a mixture of a group comprising of senior players like Yap Roy King, Ooi Jhy Dar, Ching Kai Feng and Lwi Sheng Hao who are 18-years-old while the rest are 16 and 17 year olds.

We didn’t do well in the Asia Junior Championships losing in the group stage. This time around, I would say that we have had a favourable draw but we’ll fight to the end to top the group. We have to be wary of Hong Kong, Russia and not become too overconfident because then we’ll have a problem to qualify to the quarterfinals.

Compared to last year, we have decided to send a bigger contingent. We want to make sure everyone, especially the younger players get the exposure and opportunity to play at the biggest tournament at junior level.  They’ll surely benefit from the experience.

This year we have selected Roy King as team captain. He’s one of the most senior within the squad and has achieved good recent results. He’ll lead as a good example with high work rate and his positive attitude will rub off on the others.

Both Shaqeem Eiman and Wyman Goh have already recovered from their slipped disc injuries. They have worked really hard to recover and regain their fitness for this tournament.”