In Hanoi 2021, Chen Tang Jie-Peck Yen Wei picked up their biggest career title with a mixed doubles gold medal after coming from a game down to beat national team-mates Hoo Pang Ron-Cheah Yee See in the final.

In Birmingham, the national team comprised of a healthy mix of experience and youth managed to reclaim the mixed team event gold.

BAM acknowledges the hard work, commitment and sacrifices of the team. These players put their bodies on the line for the pride and glory of our Jalur Gemilang.

The Association would like to congratulate Pearly-Thinaah, Tang Jie-Peck Yen Wei, coach Rexy Mainaky, Tze Yong, coach Choong Hann, Aaron-Wooi Yik, Kian Meng-Pei Jing, all the backroom staff and the other national badminton players who competed in Hanoi and Birmingham. 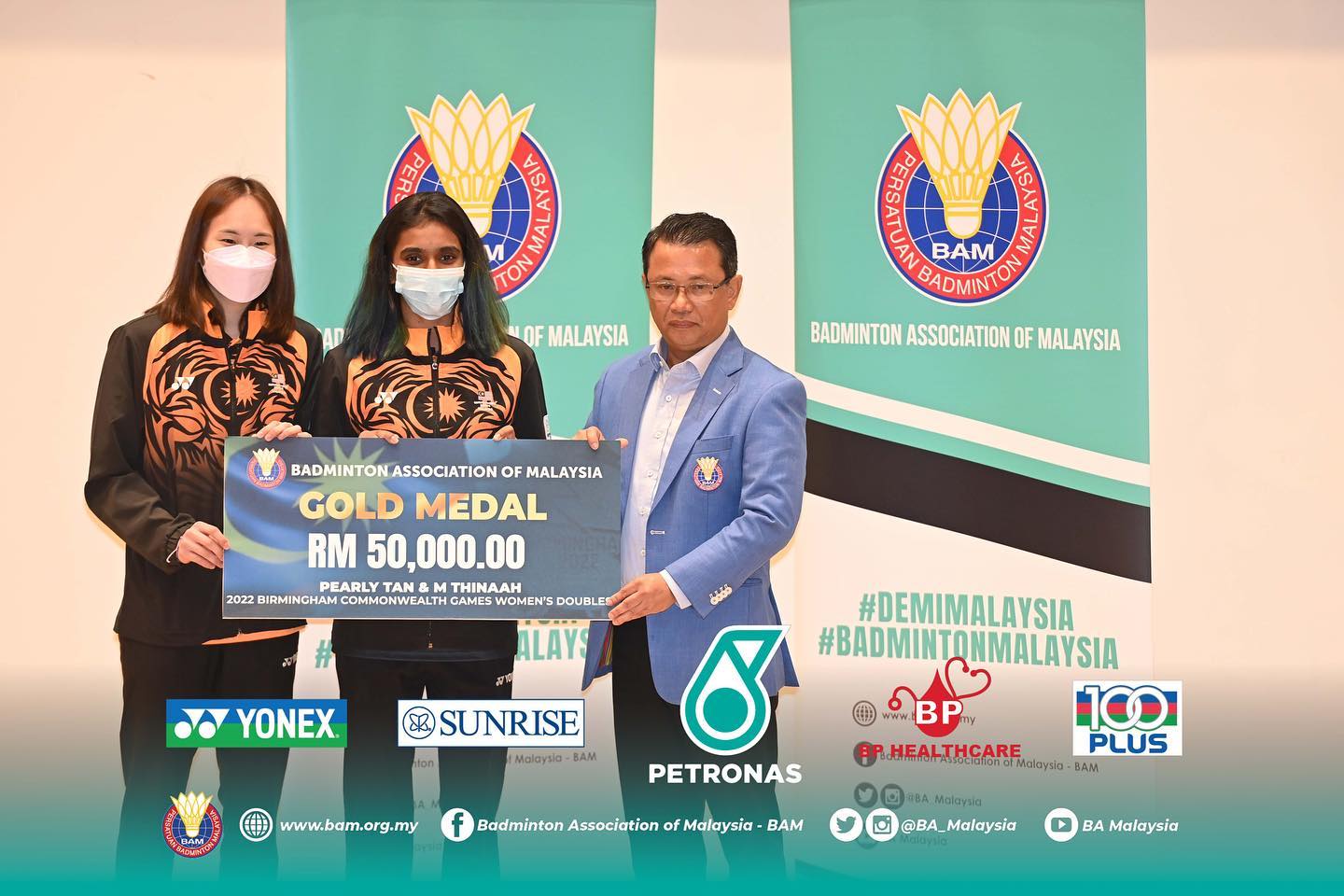