In the men’s doubles quarterfinals earlier in the morning, hopes of an upset were running high although deep down every fan knew the ability of the top-seeded Indonesian duo. But Aaron and Wooi Yik defied the odds stacked against them to turn the tables on their illustrious rivals. They took the fight to Kevin-Marcus right from the beginning and swept through the first set in 13 minutes.

The top seeds were expected to launch a massive battle in the second set and they did, but only for a while. As the tie progressed, Aaron and Wooi Yik’s confidence grew and it became increasingly clear that the day would end in their favour. After some 20 minutes, the ninth-ranked Malaysian pair sealed a famous win and their place in the semifinals.

“I feel it was their first competition. We came here as the underdogs and they (Kevin-Marcus) were here to win the medals, the pressure was naturally on them. In the second set, we retained the same game plan as in the first set. We looked for their weaknesses,” Aaron said after the match.

In the semifinals tomorrow, Aaron-Wooi Yik will be up against the towering Chinese pair of Li Jun Hui-Liu Yu Chen who defeated Denmark’s Kim Astrup-Anders Skaarup Rasmussen 12-21, 21-14, 21-19. 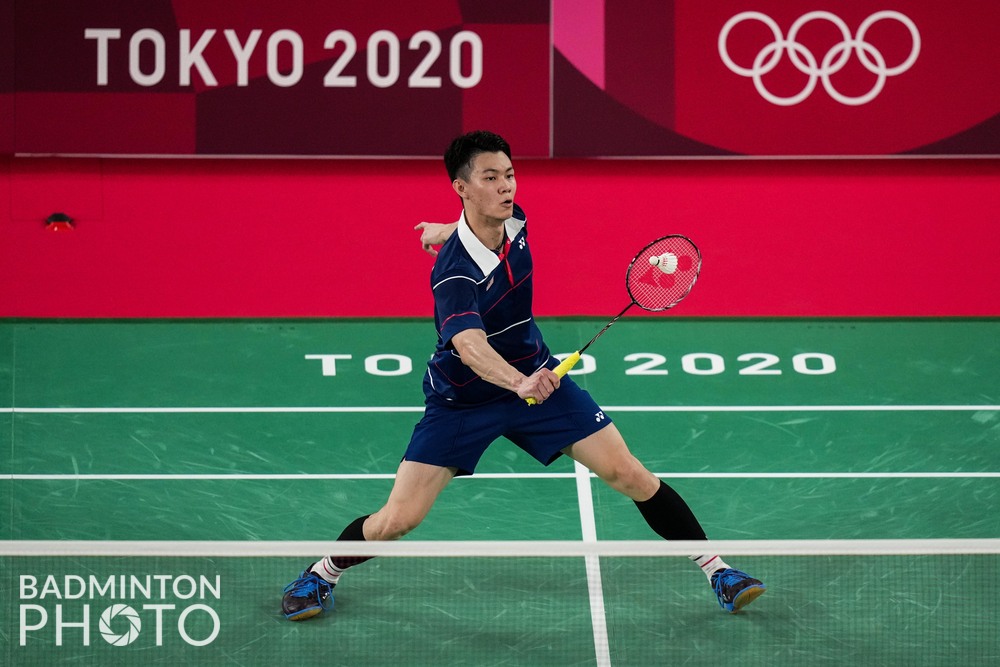 Meanwhile later in the evening, the attention shifted to Zii Jia in the Round of 16 but there was some concern when he sustained an injury on his right hand at the start of the game. But the All-England winner brushed it aside and surprised Chen Long to snatch the opening set 21-8.

Chen Long, missing from action after the All-England, came charging back in the second set as Zii Jia appeared bothered by the injury. In the end, Chen Long got away with a slim 21-19 win to force the decider which he went on to dominate and win 21-5. After winning his 70-minute battle today, will now face Chinese Taipei’s Chou Tien-chen in the quarterfinals.

Zii Jia said there was much to learn and lots of training for him to prepare for the many more tournaments that will take place after the Olympics. “Although I lost today, I don’t feel like it’s the end of the world, there is still a long journey for me.”